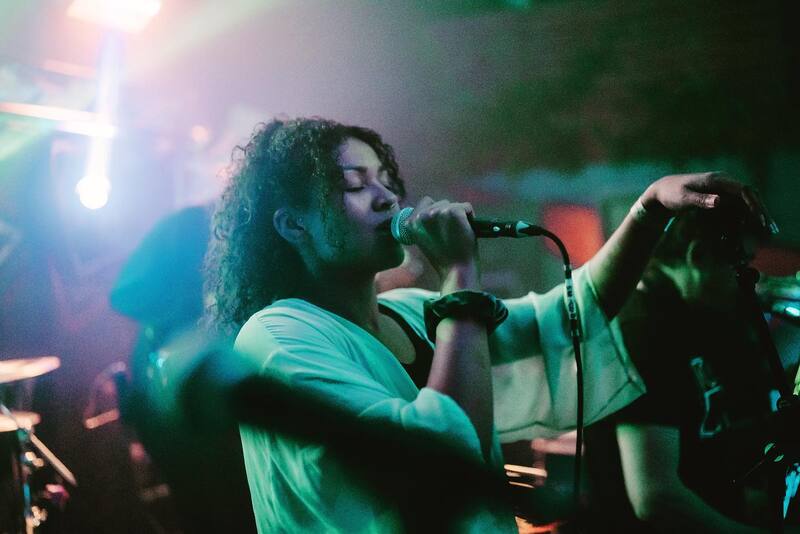 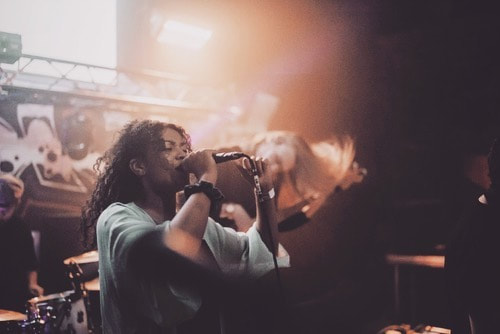 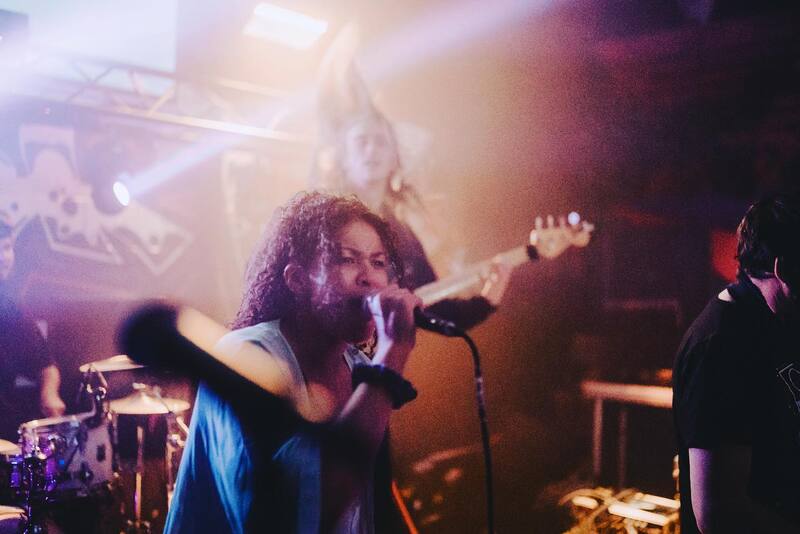 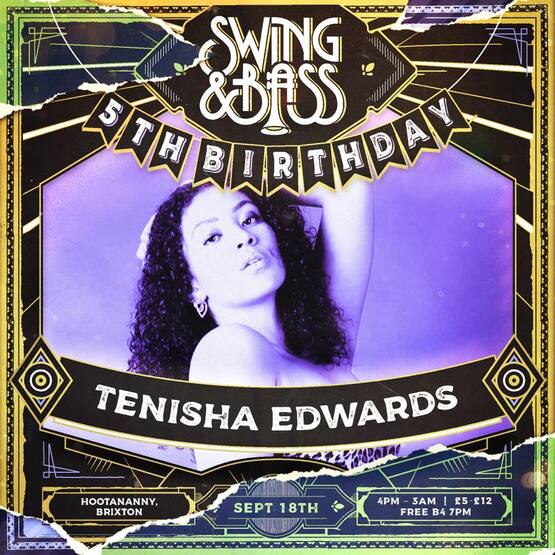 Highlights from the crazy year that has been 2021. Check out the 'videos' section to see another.
Summer 2021; a booked and busy festival season. Some snaps from Watchet Festival, Witcombe Festival and Poole Harbourside Festival.
July 2021. A beautiful wedding ceremony with CK Gospel Choir at Elmore Court, Gloucestershire. 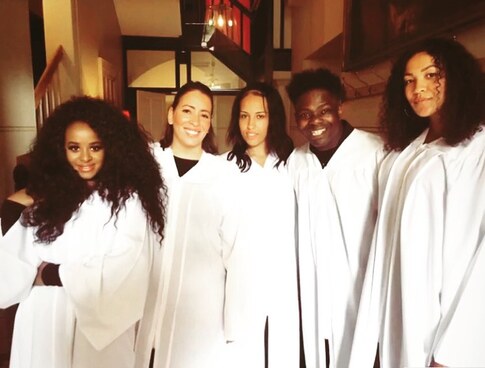 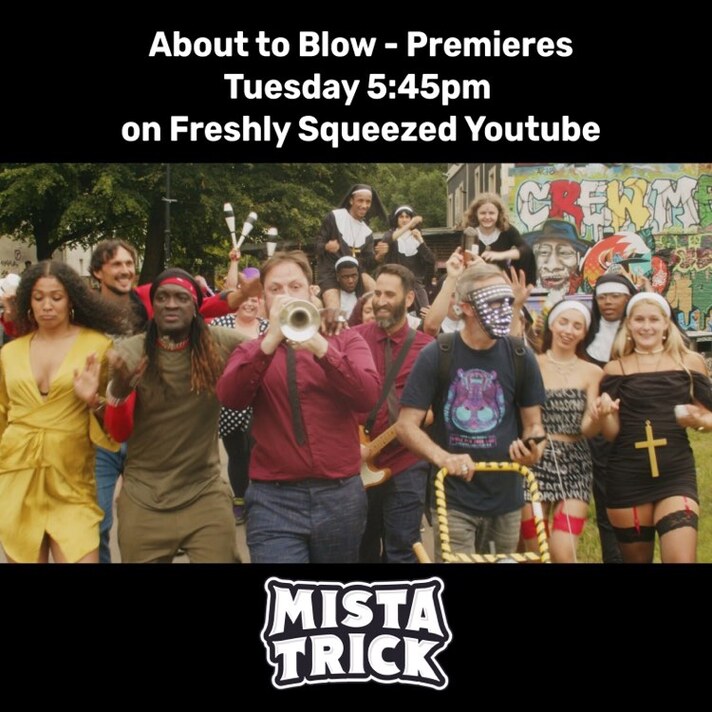 May 2021. Got to return to my university BIMM Bristol this month to be a judge on the panel for the End of Term Gigs! 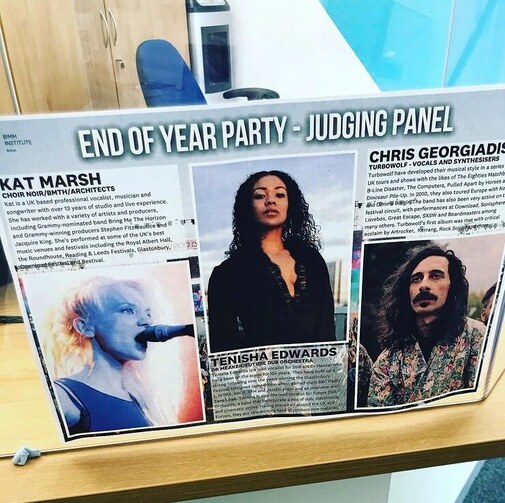 Our recent live stream broadcast is being aired: 1st May 2021 @8pm GMT until 3rd May 2021 @11:30pm GMT.
Get tickets via: munin.live/x-event/future-dub-orchestra/
New band shots with Future Dub Orchestra for our upcoming show.
New music video underway for Dr Meaker song 'Try'.
Some behind the scenes shots from our livestream broadcast recording in Weston-Super-Mare. More details to follow!
April 2021- Recording new promo videos for 'Distractions' function band in Bridgwater! 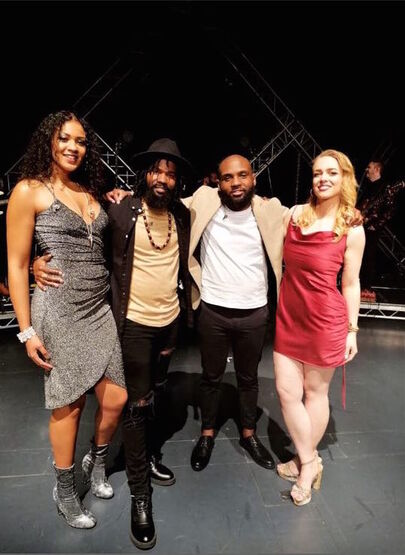 New video release out with Future Dub Orchestra for our track; Revolution:Evolution. Recorded & filmed a couple of years back at The Victoria Rooms, Bristol. Keep an eye out for the new album coming soon!
We’re writing a tune today!
Put together some of the best highlights over the past year into a series of short videos. Check out the videos section for more.
Boomtown Festival use our Future Dub Orchestra song 'Echoes' for one of their new promo videos for 2021.
November 2020. A live broadcast performance for The Nationwide Awards Ceremony with Soul Engine. 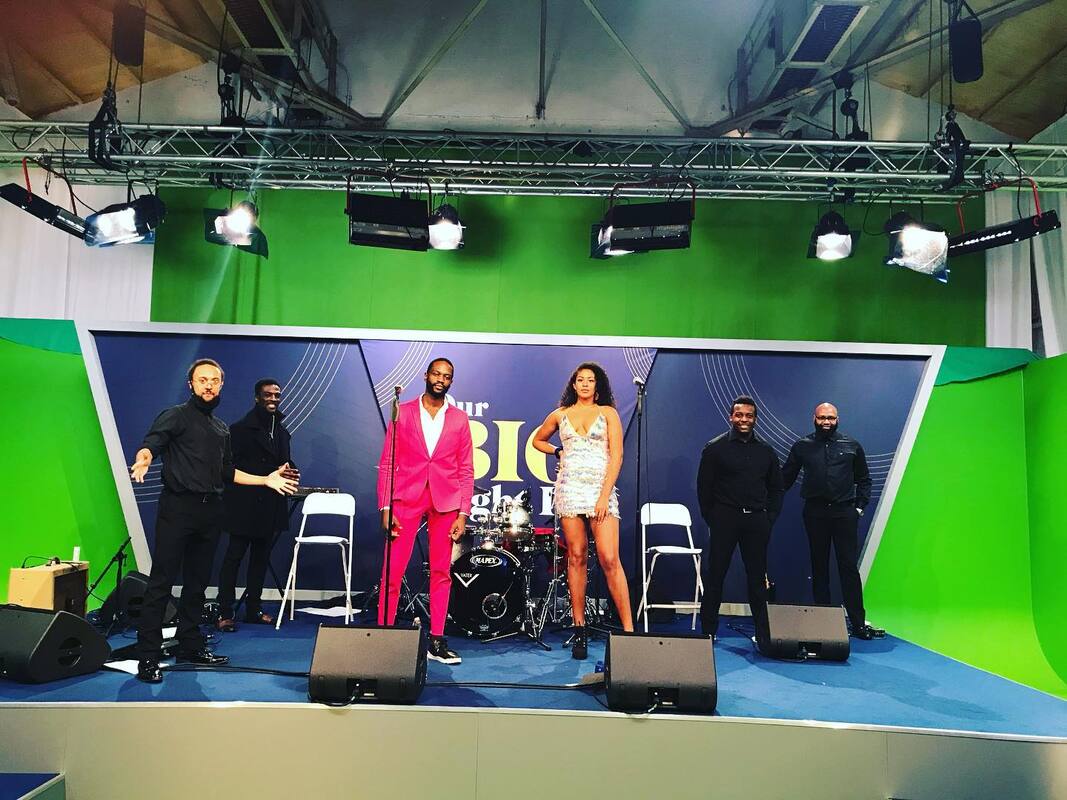 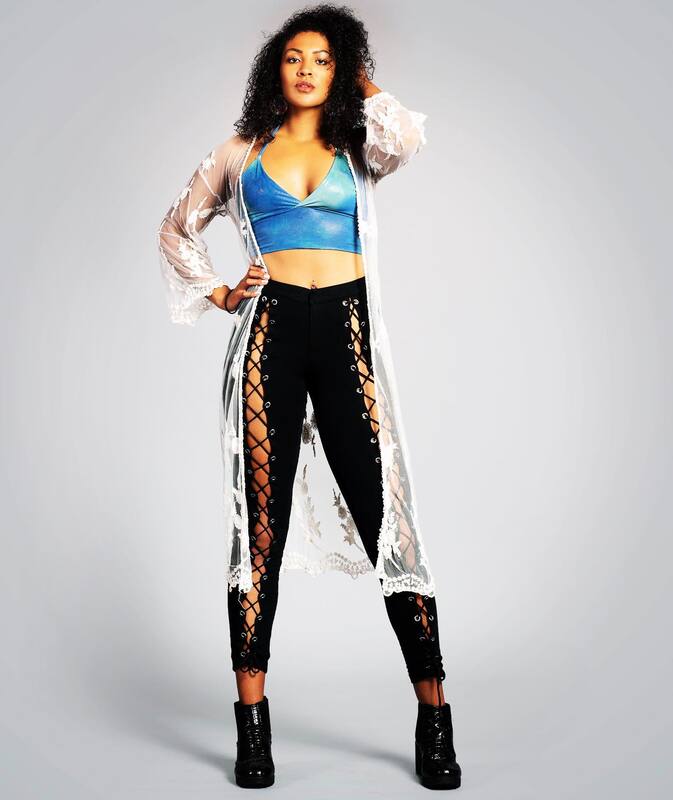 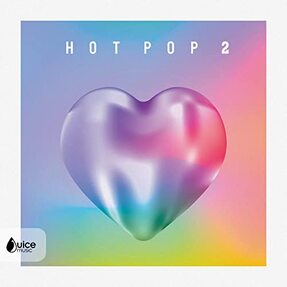 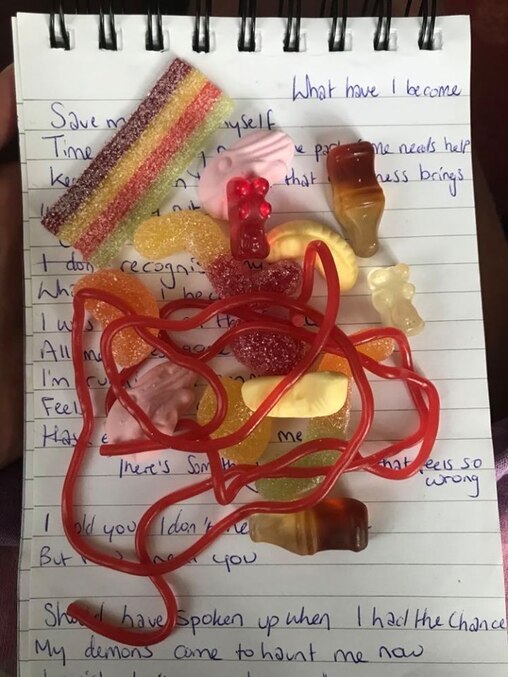 Latest Lockdown Cover.
Recording some backing vocals for J'Adele during the lockdown. Video to be released soon. 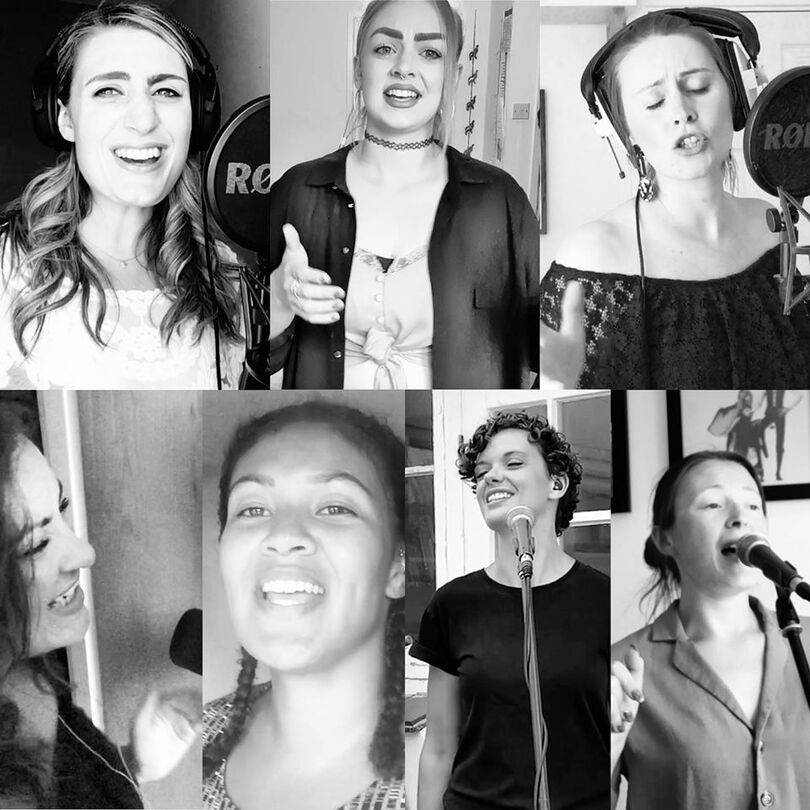 May 2020 - Lockdown loopiness. Did a little cover, had a little sing with some wild editing. Enjoy!
Check out the new summer single 'I Need Your Love' - Chris Dececio & Tenisha Edwards. 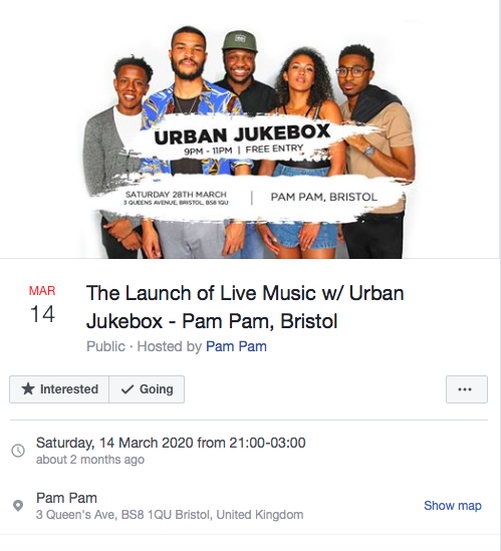 14th March 2020. My last gig before the Covid-19 madness took over! In my hometown Bristol. Pam Pam's is newly refurbished, open and hosting a brand new live music night, which we were the first to play. Had an amazing launch night that went down really well. Keep an eye out for us returning in the distant (covid-free) future!
14th March 2019. The penultimate gig. A beautiful fundraiser with Sonder Choir at a stunning church in North Nibley. We went out with a bang, and had some teary eyes in the place.
​Also earlier on in March we recorded a new tune with 'Inglorious Poet' to be released soon (3rd image, bottom right). 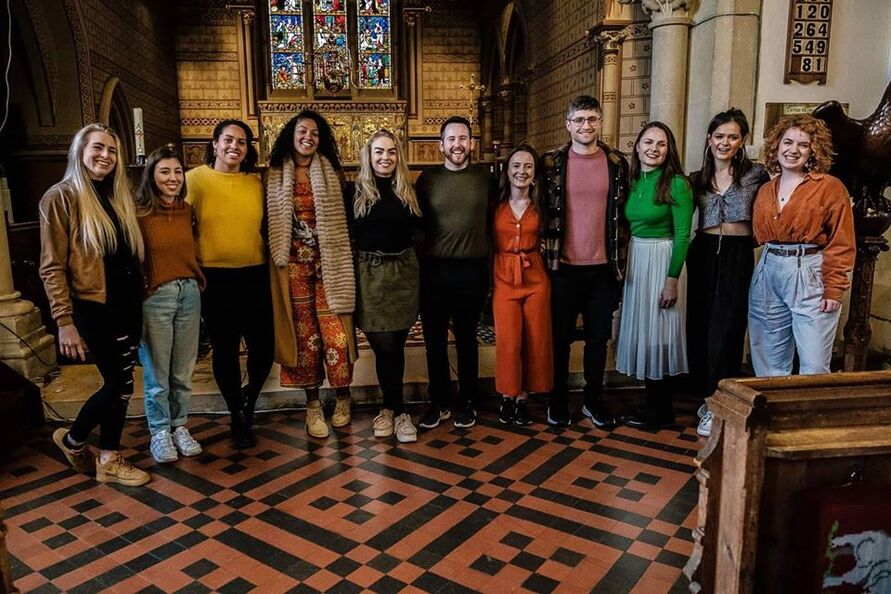 Dr Meaker have a busy start to the year with a Netherlands Tour, followed by a headline Dr Meaker Presents night at Hootananny, Brixton, to a sold out headline home town show in Bristol at The Fleece! All amazing gigs.
February 2020. Future Dub Orchestra record two live video tracks of new songs which will be appearing on the new album 'Louder Than War', which we are currently in the midst of recording. (Some delays due to the corona virus, but hoping to be released later this year.) The two live videos are being edited for release shortly. The songs are 'I Feel Like I Can Love Again' & 'You & I'. Coming soon!
+ A last minute gig for us showcasing some new songs at The Attic Bar in our hometown which was a great night.
An amazing performance for 'Amazon' at this beautiful venue in Bristol; Aerospace museum. January 2020.
Israel Tour from 12th December 2019 to 8th January 2020 in Eilat @ The Three Monkeys Bar w/ Papa Groove band. Complete with a lot of fun, sun, alcohol, spa days, music, laughter, beautiful views and a whole lot of singing! 28 days in a row of it.
See some highlights below.
Some highlights from my year as we begin to wave goodbye to 2019.
Boomtowns new venue Area 404 opens in Bristol, and we headline the first 3 opening shows! November 2019.
Winter 2019 - spent two weeks singing in the south of France, in Nice at the infamous Waynes Bar. Included a day trip to Monaco, time spent with lovely people, many drinks, all of the singing and a well spent birthday whilst there!
Dr Meaker Live at Boomtown Fair (Town Centre Stage) August 2019, supporting Salt'n'Peppa and Prophets Of Rage. 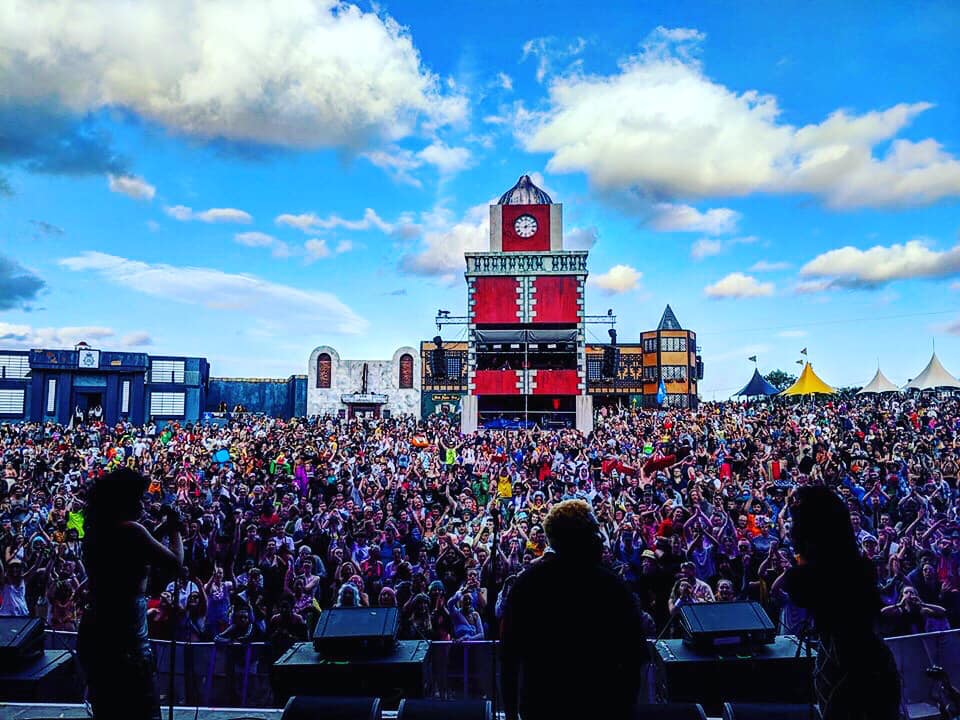 We team up with Javeon, to record and release one of his tracks with a video in a beautiful church setting. August 2019.
July 2019. Dr Meaker play live at Bristol Pride Festival again, main stage with live radio coverage.
June 2019. Summer is fully underway with festival season upon us. Dr Meaker return to Glastonbury Festival, performing on The Glade Stage.
Summer 2019 - I returned to my university (BIMM Bristol), to teach vocals at the summer school, to children aged 11-17. 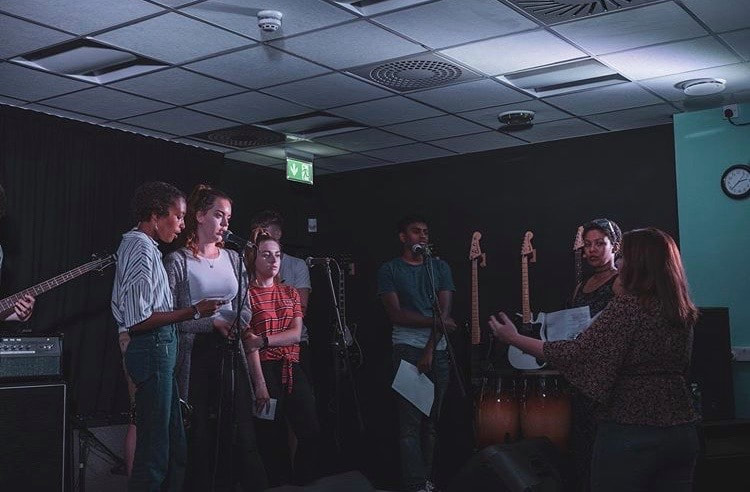 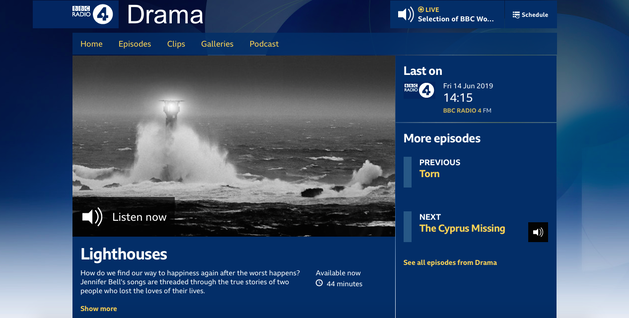 Sonder Choir join forces with Jen Bell and her vocal group to perform Jen's original songs on BBC Radio 4's 'Lighthouses'. Click the link below to listen.
https://www.bbc.co.uk/programmes/m0005tpt?fbclid=IwAR3_nF622HybXYStsi_Ms0VzNAYu7iHozrPOKiE-SgMexIzPXbez8AYXGU0
May 2019. Sonder Choir perform with Javeon, main stage at Love Saves The Day Festival.
May 2019. Heading off to Rome, Italy for 24hrs and then Lisbon, Portugal next stop to perform at some beautiful weddings around the globe.

I head off to Ireland with Adele tribute act 'J'Adele' for a mini tour on backing vocals. January 2019.
BCFM Radio had me come in for an interview with Marcus Smith 'Think Globally, Act Locally' - December 2018 - Listen again via the link below.
bcfmradio.com/marcus-smith
October 2018. Sonder Choir's first headline Bristol show - run completely by ourselves, sold out and a complete success!
September 2018. FDO. Our video for album title track 'Echoes' was nominated for 'Best Music Video' at The Independent Film Festival and we won! Massive thank you to everyone involved, and the hours of work that went into this. So proud.
Find the music video for yourself in the 'Videos' section.
August 2018. Rhythms Del Toro play main stage at Simmer Down Festival, Birmingham.
July 2018. FDO head off on their Europe Tour across Germany and Prague.
June 2018. Sonder perform at an amazing Sofar Sounds session at Glitch in Bristol. See full video performance in 'Videos'. 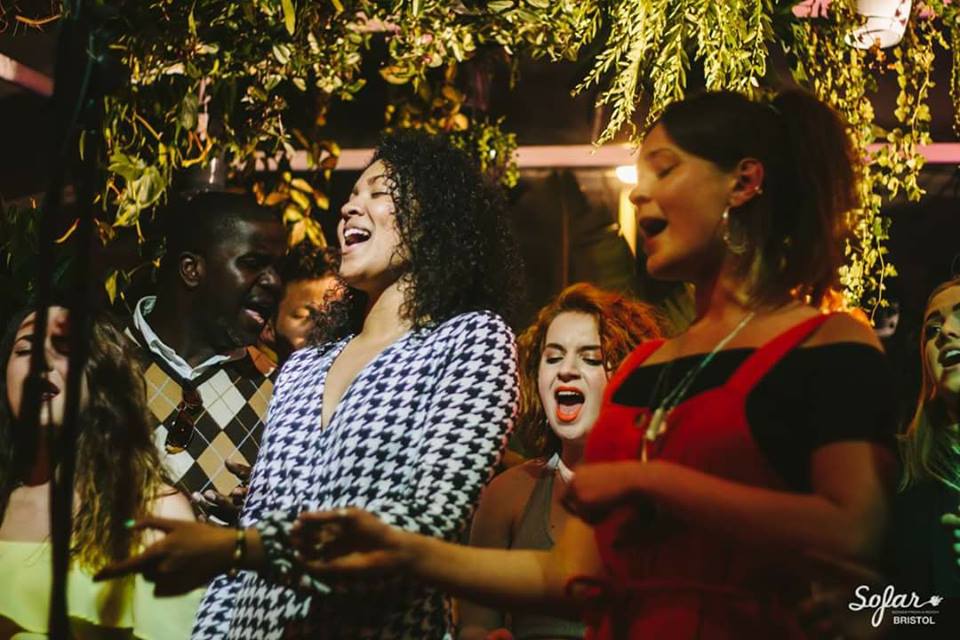 Check the latest podcast for Tap The Feed recorded at Aria Music Academy. Tenisha is featured with a short interview and acapella performance of 'Fallin' by Alicia Keys. Link to podcast below.
Tap The Feed · Tap The Feed Podcast: Aria Music Academy
June 2018. Me and Clive head to Rolle, Switzerland for the Perle Open Air Festival. DJ/PA set and a beautiful time all round. 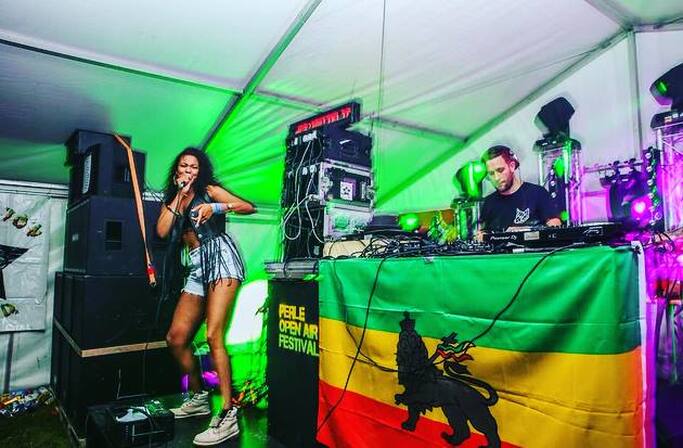 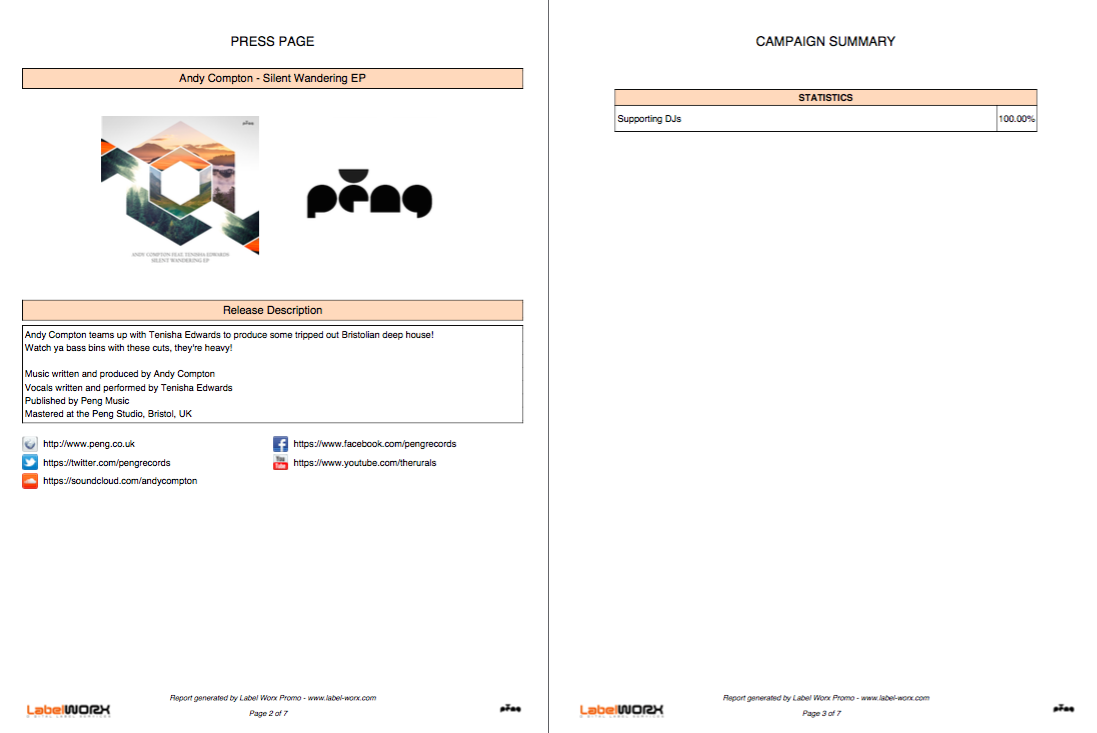 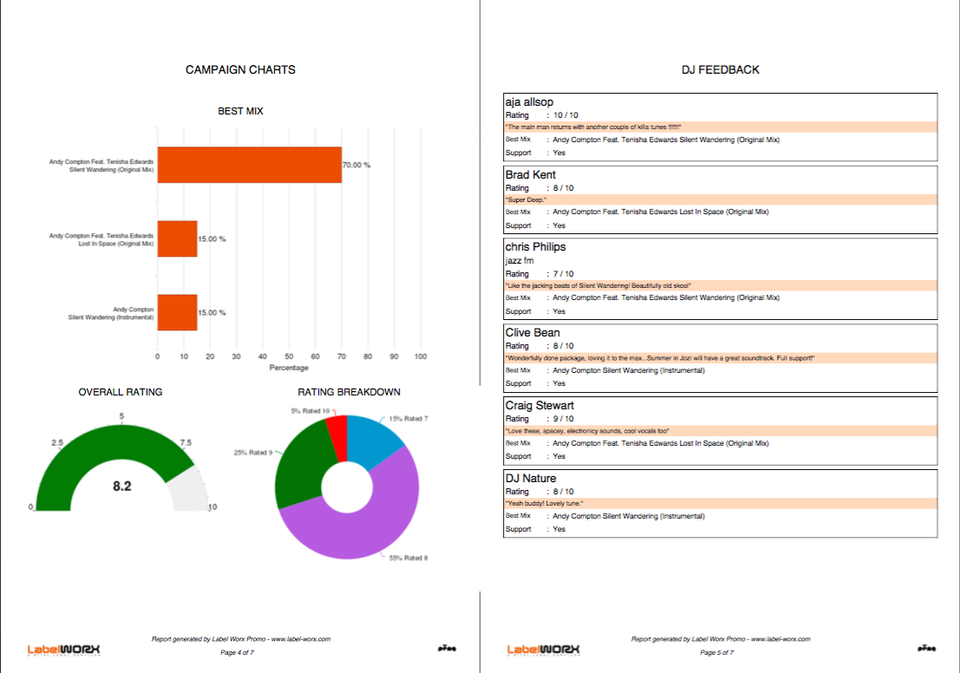 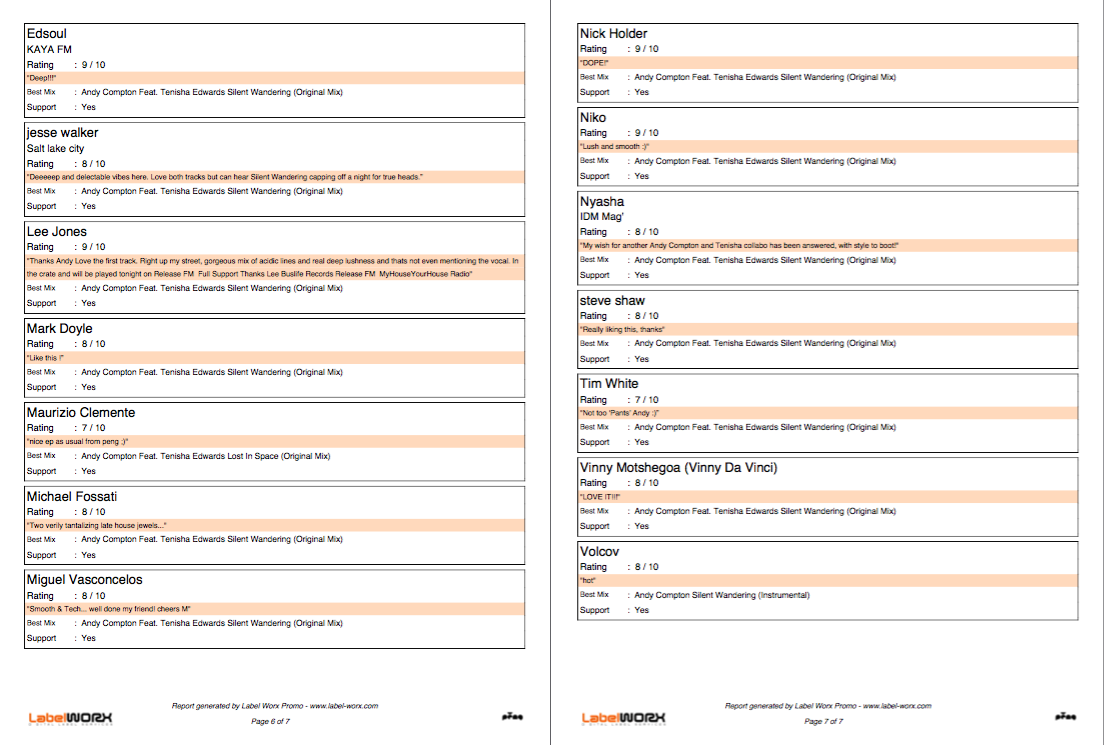 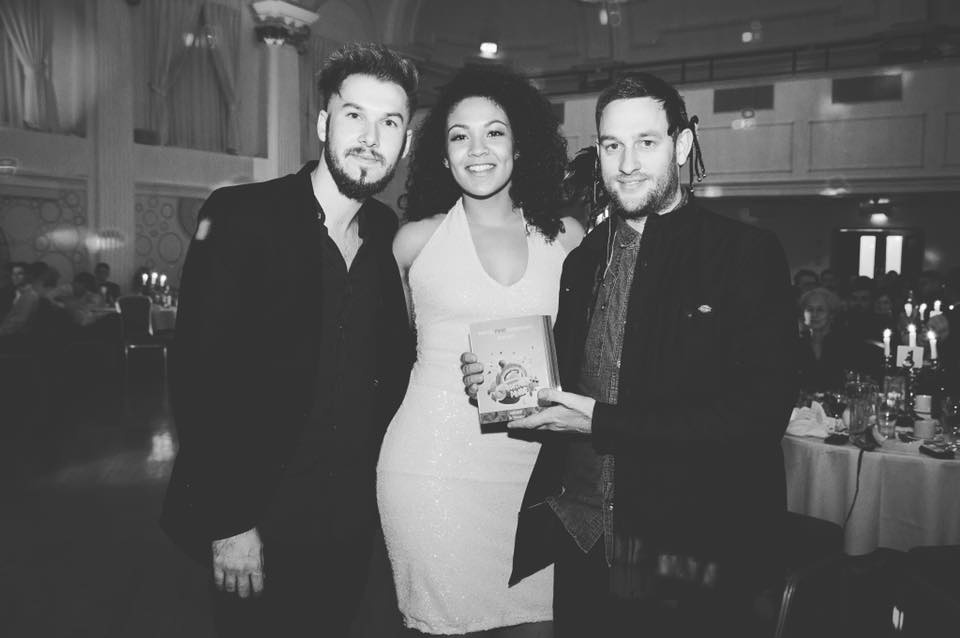 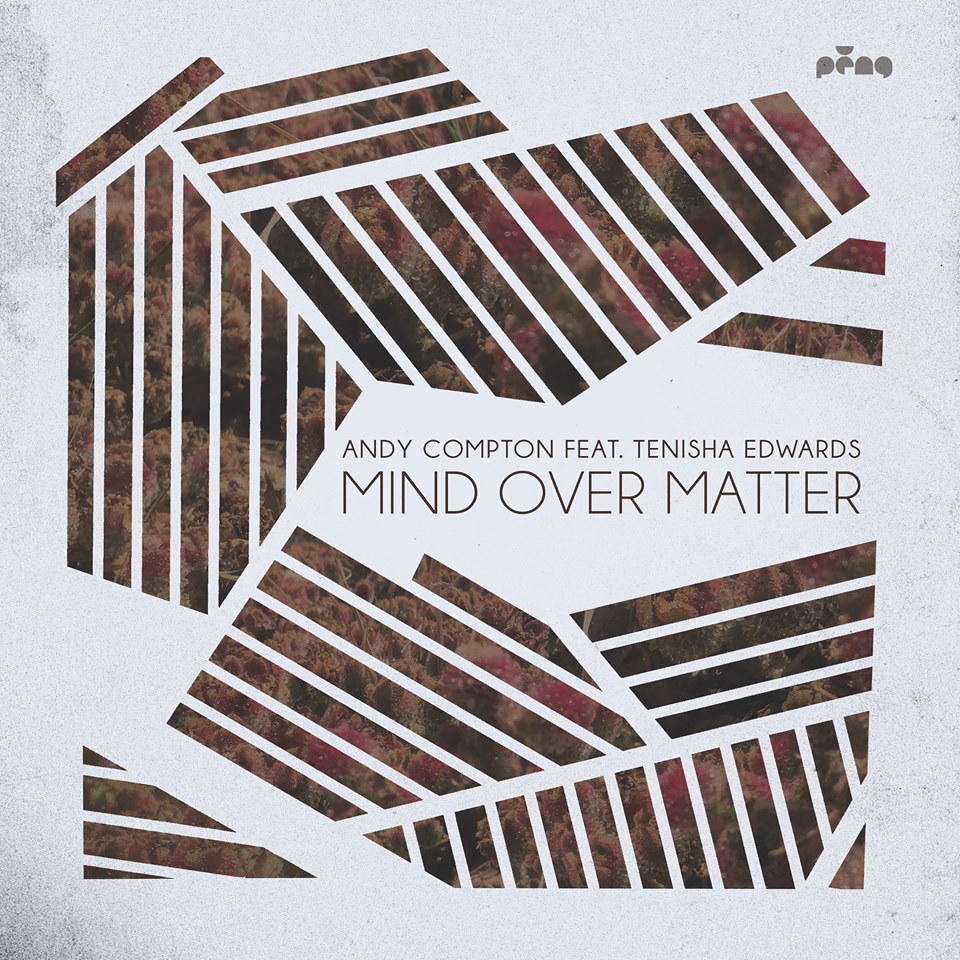 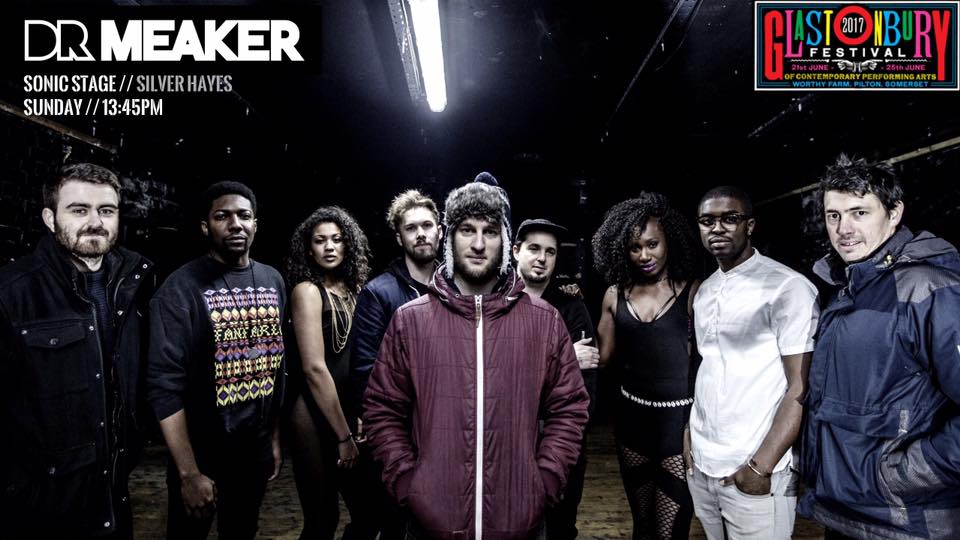 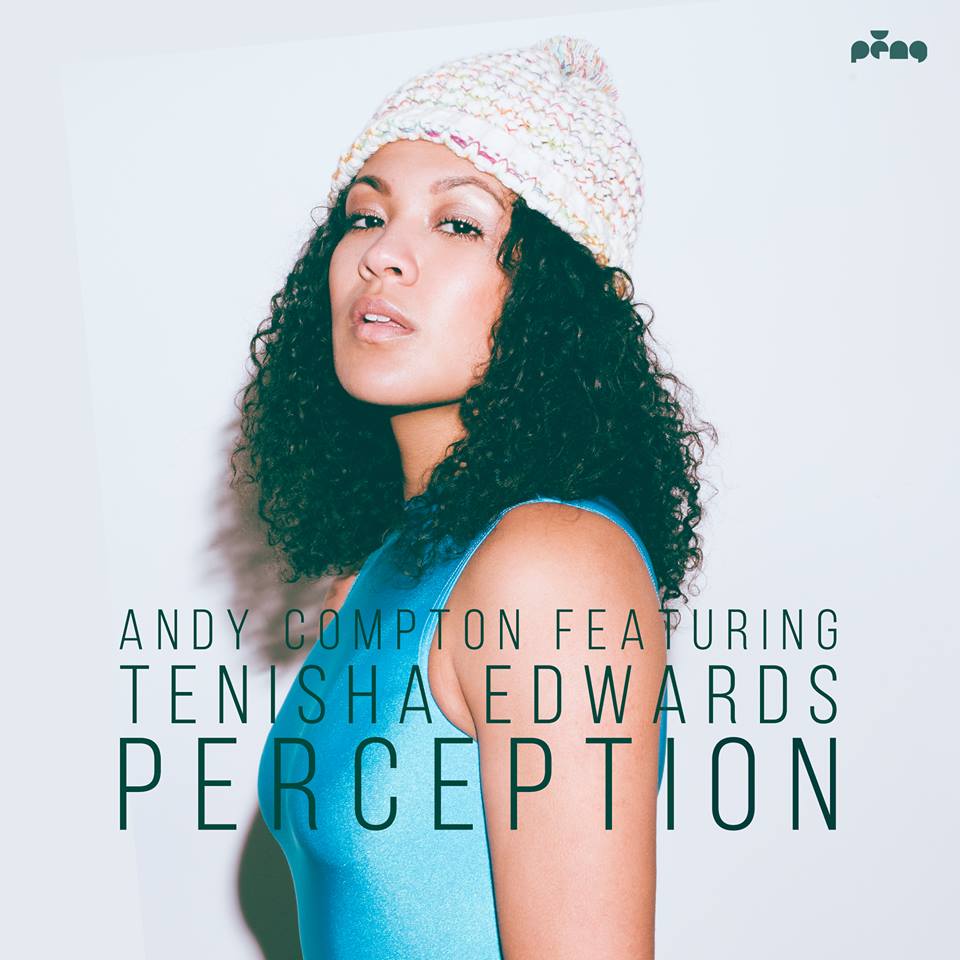 Some snippets of our interview with IDM Magazine about the new track. Click the link below for the full interview, and check out the music video below too!
idmmag.com/featured/andy-compton-soulful-goodness-perception/
NEW MUSIC VIDEO!! Andy Compton ft Tenisha Edwards - Perception.
Future Dub Orchestra 'Invasion Tour' - 16th February - 1st March 2017. Tour Promo Video below.
© COPYRIGHT 2020. ALL RIGHTS RESERVED.